What we're launching in August 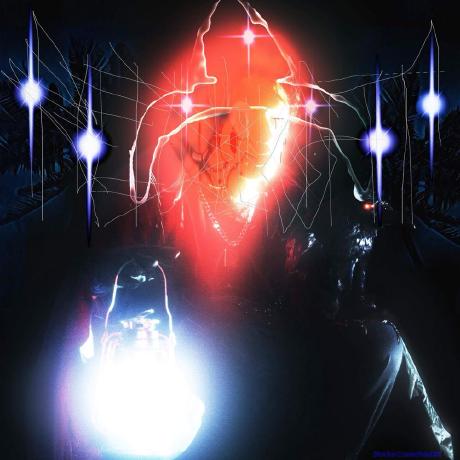 August is here, so I'd like to share what we've been working on, what will be getting launched this month, and a couple of other updates.

I haven't shared many updates this year, for various reasons. The main one is that the single biggest project we're working on — Lean Admin — ended up being a lot more difficult to develop than originally expected.

Which sucks due to the big delay, but the great thing is that the product is infinitely better than what it was originally planned to be. I'll expand on that later in this article.

Aside from Lean, we'll be launching a few other cool things. Some of them will be small, other ones will be pretty big. Hopefully we'll manage to launch all of these projects in August.

ArchTech has nicely evolved — internally — during the past month. We've hired two people who are working on content and some upcoming Laravel projects.

We'd like to hire more people later this year, so if you'd be interested in working with us or know someone who would, get in touch — see the Careers page for more details.

One thing I'd love to do with ArchTech, aside from all the projects we're working on, is to create an active community for Laravel developers.

Why is that important? Because there isn't really a place where you could efficiently interact with your peers and have cool conversations that lead to new projects, ideas, and other things that would benefit everyone in the ecosystem.

Reddit, Laravel.io, and the Laracasts Forum all have pretty much newbie questions as the main type of content. There's nothing wrong with those, and having a place to ask them is good — support questions are how people become advanced developers.

But once they actually are at that level, they want to talk to others on a similar level, and an endless stream of questions becomes distracting and noisy. It's best to have both things in the community, but as separate places.

Further, reddit often gets quite toxic, so does Twitter, and in general the tech community on Twitter has been getting worse over the last couple of years. Basically all big accounts share this sentiment. It used to be a fun place where nothing really mattered much, and now everything is obnoxiously serious. The engagement algorithms are maximizing for outrage rather than valuable conversations which would make us invent new things in the ecosystem, find new ways of doing things, have intelligent conversations about design patterns and things like that. It also extremely rarely has productive debate, partly due to the culture and algorithms, but largely also due to the character limit.

So it's clear that a place for quality conversations with other skilled Laravel developers is missing, and I'd really like to fix that.

Therefore, one of the things ArchTech will be focusing on in the coming months is creating an engaged, quality community.

We already have a Discord server with over 1,300 members, though it currently serves mostly as a support server for Tenancy. This month I'd like to grow it into a more general Laravel server.

The next step after that is launching a forum-type community on the ArchTech website. This project is already in development and close to being finished, so we expect to launch it within 2-3 weeks.

Ultimately, most ArchTech projects are aimed at advanced developers. There's an abundance of content, packages, and communities for beginners, but there's much less stuff for advanced developers. It's important to remember that beginners always make up the largest segment of any market, and as such also the most profitable segment. That's also why there's a course for everything — educational material has a massive target audience, and it's easy to sell at a large scale.

I'd like to do things differently with ArchTech and simply focus on quality projects for quality customers. Selling things at a massive scale is more profitable, but also far less fulfilling. It's noisy. I don't want a forum with a high volume of posts. I don't want ArchTech to have a ton of different products marketed with every sale opportunity. I just want a brand associated with quality that sells a few products, makes good content, and has a community of experienced developers who can build cool things together.

And with the company updates out of the way, let's talk about the projects we're working on.

If you're interested, the original landing page can be found here and the current landing page is on lean-admin.dev. As you can see, the difference between the described feature sets is ... massive. Lean has really become a lot bigger project than what it was originally planned to be.

The reason why it's taken so long to finish (most of) it is that it has completely new features, ideas, and patterns — in the sense that they aren't offered or used by any admin panel or CMS tools.

Things that used to be basically impossible or extremely tedious to do with other frameworks will be very straightforward to do with Lean.

I recommend reading the landing page linked above to see the feature set for the v1 release. I don't want to list them here since this blog post is quite long already, so take a look at the site and if you're interested, also join the waiting list and/or giveaway.

The second generation of the SaaS boilerplate is planned essentially right after Lean. The product will come with a much more advanced admin panel than what's currently provided using Laravel Nova, so we'll launch it shortly after the first stable release of Lean.

The new SaaS boilerplate will be based on Jetstream and will (likely) support more setups. That is, both flavors of Jetstream (Livewire and Inertia), multi-db/single-db tenancy, and different methods of tenant identification.

I'd also like to focus on making the other (non-tenancy-related) features of the boilerplate more extensive.

Alongside the boilerplate, we'll also be releasing Tenancy v4 which won't have many breaking changes compared to v3, but the release will make some structure improvements, fix some complex unresolved bugs, and provide more compatibility with the larger Laravel ecosystem.

On the topic of ecosystem compatibility, Tenancy and Lean Admin will always aim to provide perfect compatibility. This has been a slight pain with the current boilerplate (Nova works with Tenancy, but there are some edge cases e.g. with fields that use storage disks), so Lean will make Tenancy support a first-class feature.

In July, we started to post weekly threads with updates for Laravel developers. These threads were originally posted by Gaurav on his personal Twitter account, but we decided to team up on these and now they're being posted on the ArchTech Twitter account.

This month we'll be focusing on improving the quality of the content, to make it as valuable as it can be for every reader.

Alongside the Twitter threads, we'll also start sending out a weekly newsletter. There's no specific timeline for this yet, but ideally before the end of August we'd have a few articles per week on our website, and the newsletter would include those, as well as all of the updates from our weekly Twitter threads, and a few other things.

And finally, there's a (big) project I can't really talk about just yet, but I'll just say that when it's released it will be a pretty big deal for everyone in the ecosystem. I might tease it a bit on Twitter by the end of August, so make sure that you're following our account — @archtechx.